Best Drama Schools In The UK 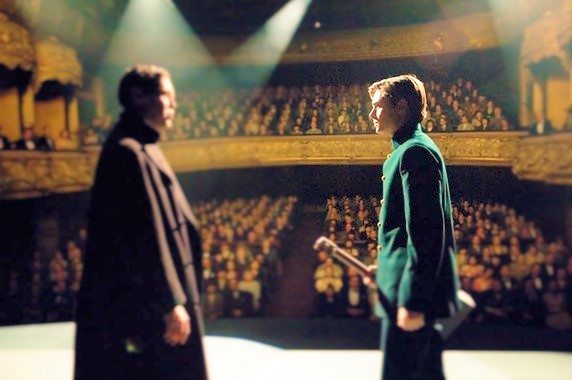 There is so much debate in the industry as to which is the best drama school. League tables are published every year by different institutions that conflict and add fuel to the competition between schools. There are a number of things to think about and the conclusion at the end of this article may surprise some of you. If you are really serious about this subject then I suggest you read the entirety of this page as it will give you an overview of things to think about.

What Schools Will Say

Schools will always claim that they are the number one establishment because they have a vested interest in getting the most amount of people to apply. They earn money on the fees that people pay to audition, a lot of schools charge upwards of £40 to apply, they want that volume to be as high as possible.

On a side note, I have heard that the Government are trying to abolish audition fees. That gives you an indication of how much of a money maker those fees are. I’m hoping I’ll have to delete this section in the future. At the moment, most schools still charge to audition.

Be wary about listening to what the schools say about their students and how wonderful they are. Slightly biased!

It’s Not Just About The Money From Applicants

More people applying means the faculty can pick from a larger pool of talent. They can also have a more diverse array of personalities and ethnicities. Diversity is essential for a functioning cohort. Remember that drama schools don’t want too many people of the same casting demographic in each class.  They have to be careful to pick a mix of different ethnicities, strengths, shapes, sizes, and specialisms. What’s great is that you’ll meet people from different countries, backgrounds and different talents.

What Students Will Say About Their Drama Schools

There are rivalries between the schools which is to be expected. When you speak to people or when you visit always take what they say with a pinch of salt – especially when it’s about rival schools. It’s human nature for them to rationalize that they have been accepted into “the best drama school by far.”

Everyone likes to think that they make great decisions. Remember that when you’re talking to alumni or current students.

Think about it, if you went through the nerve-shredding experience of auditioning for drama school then you would do the same. One thing I can say in many years of this industry is that people often rationalize their own decisions positively!

The Two “Types” Of Drama School

It’s good to think of acting establishments as being divided into two distinct camps. There are the much older establishments like your RADA’s, LAMDAs and Central schools that will always talk about their alumni of past success’. Whereas there are a number of extremely good establishments that can’t do that simply because they haven’t been around for that long. The younger schools will always make the claim that they have more relevance in the “ever-changing and competitive” industry whereas the older schools will always be able to reference their past success’.

There are two rough groups of drama school: the first is the established institutions and the second is the young “up-and-coming” institutes.

One thing to look for is the Conference of Drama schools which subsequently became Drama UK (Which is no more, unfortunately) and the list of schools that are on there. For more detailed information check out the article written on Accredited Drama schools in the UK. This is a list of 21 schools that were formerly part of Drama UK

Credit to Wikipedia: under the Conference of Drama Schools. (If you want to have a look at the link then go to https://en.wikipedia.org/wiki/Conference_of_Drama_Schools)

Another really helpful article that you might want to look at is HTD’s:

The Best Acting Schools for Theatre and Film

The General Rule For Schools

A general rule to go by is that if a school is on this list then you can be confident that you will get a relatively good level of training for acting.

You have to remember that Britain has a culture of great theatre training. It has brilliant vocal training (compared to other countries) and solid overall acting methodology. (i.e. breaking down a script, working with directors and delivering a performance) You have an advantage over other people who don’t have access to go to these schools. Of course, some schools are going to be better than others. Most of what will affect how well you will do in a school will be down to personal preference.

Below are the general points you should think about when applying to the best Drama schools in the UK. However, this can apply if you are thinking about training anywhere: LA, New York or Europe. I’m going to list them here and go into each point in further detail below:

Should You Train Inside Or Outside Of A Big City?

London is the obvious example here but there are other drama schools that are within big cities like Royal Welsh (Cardiff) and Royal Scottish (Glasgow) as well as the London establishments like RADA, LAMDA and Guildhall. In comparison to this, there are schools that are smack bang in the middle of a field: Oxford School of Drama.

If you are someone who wants a social student experience and values nights out in a town then you really do have to take that into account when choosing. I knew that I wanted my student experience to be epic, so somewhere within a city was a MUST!

However, you have to remember that if you live in a hustling and bustling city like London it may detract from the focus of your training. This is something you are going to have to gauge when you visit the place. I stayed in Cardiff a number of nights in order to get a feel for the City.

Do You Want A Specialist Training Or General Training?

There are a lot of methods that have been developed throughout the Acting community in order to teach and improve performance. They range from being very recent to over a hundred years old. A couple of examples of practitioners would be:

I have covered the best books from these practitioners in another article: 5 Best Books on Acting which covers the basics. There are some drama schools in the UK that focus heavily on certain practitioners. I won’t go into detail as they could change by the time I have published this article.

I would recommend researching each school thoroughly and asking the past and present students when you visit or on Facebook. Find out if that school relies on specialist training and how they go about it. The argument for these methods is that they give you something to fall back on when preparing a script. The problem is that often Actors can get into a trap of only preparing in one way.

The Most Important Thing To Remember

I would really urge you to trust your gut when it comes to choosing which school is right for you. Always go and visit the establishments, meet as many teachers and students as you can and do as much research as possible but ultimately if you have a choice trust your gut instinct.

The above points are really important when choosing the general “pool” of schools to apply for. You can’t apply for all of them and you shouldn’t really be going for more than 6-9 first round auditions as you will spread yourself too thin. I would recommend around 7 schools for your first year of auditioning and those should be schools that are best suited for yourself.

If You Get Into A Couple Of Schools…

For those lucky few who will have a choice or for those people who have to choose between university and drama school I will urge you to trust your instincts and go with your gut feeling. Really, if you want a detailed understanding then you should buy our book because that has all the information needed to make that difficult decision.

Often we can be swayed by a teachers opinion or the advice of people we look up to but your gut feeling should be trusted above all else!

If you are applying to drama school this year then you need to do your research. The best book on the subject is written by our head editor Conor McGrath which you can purchase on Amazon and get delivered. It really helps support our work.